So you have probably guessed that if party games are quick and easy and gateway games are a little longer playtime and more involved set-up and rules…then strategic games involve more rules, more components and set-up, and even longer playing time. Some games have rule books! Some games take 30 minutes to just set-up, you really need to be careful with gaming addiction when it comes to these! And some games may need to be stretched over a couple of days to finish! Does that sound like more work than fun? There is no doubt that strategic games take up more of your time but there is a reason why online games have become so popular. 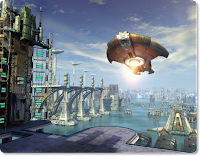 Even though it is exciting to open a game and see the board and pieces, creating a more elaborate plan with others for a certain mission on games such as LoL can be even more exciting! Check out these League of Legends accounts for sale and give this re-known strategic game a try.  And oh the anticipation when you have to stop a game and come back later to finish!

People game for many reasons. Party games are fun and quick.

Gateway and strategy games can become hobbies. There are gaming clubs and conventions. People game for several reasons but mostly because they enjoy it and it is a hobby, I mean playing with Dream Jackpot NO is one of the best things ever. As I was thinking about why my family specifically enjoys gaming as hobby I realized there were three major reasons, the mechanics of games, the diversity of games, and most of all the time spent together.

Mechanics means the way the game is played. Exactly what you will be doing in the game. This is the genre.

As I mentioned yesterday, my family played gateway games for a few years not really knowing a lot about strategy games. We played Settlers of Catan, Ticket to Ride, and Pandemic on a regular basis. One day my husband told us that he heard of a gaming convention where new games are introduced and you could try out just about any game in publication. It was GenCon and held in Indianapolis, Indiana. We are always up for a roadtrip adventure so we said sure! Well, that 2010 trip was a life changing experience for us. We realized there was so much more to gaming than what we were doing!   Our boys began playing fewer video games and wanted to play tabletop games. Details of our GenCon trip will be a future post. Today I want you to know that there are so many different genres of games! In fact there are so many  I will need to discuss one type a day for the next several days. You can look forward to learning about Card Collecting, Role Playing, Worker Placement, and many more!

Another reason we like gaming is because of the diversity of themes. Whatever you are interested in there is a game for it. Do you like Science Fiction? There are Sci-Fi games. Are you a history buff? Numerous historical games! Do you like fantasy movies such as Lord of the Rings and The Hobbit? Well, guess what? Fantasy games galore! These are just a few of the themes we will discuss in the upcoming days. 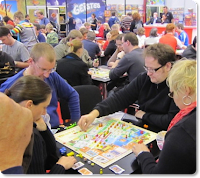 And who doesn’t want to spend time with family and friends?

In the past our family holidays were cooking, eating, and then sitting there. Now everyone expects a game! As you play a game you find yourself connecting with the people you are playing with. Memories are made as you are playing. We have friends we have been gaming with for over 10 years. Our children invite their friends over to play games. Over the next couple of weeks I will talk the different genres and themes and the specific games we have played. Hopefully you will think about trying one or two! On Sunday’s we will have Sunday morning coffee and chit chat! So bring your PSL (pumpkin spice latte)!