Ahhh…my favorite time of year! Sitting at the football game last night we drank hot chocolate and had our coats on. I love Fall and Winter. I love to sit on the couch in my flannel pajamas with birds drinking coffee and reading books on them! And of course I am drinking coffee and also reading books! I can’t get enough of books. I am old school and prefer a book over the kindle. I like to imagine the characters and I feel like I am part of the story with them. Books are great!!!!! Now we all know that games are great!!!! So what can be better than books and games? Yep, you guessed it, games based on literature!!! Your favorite characters brought to life by you! 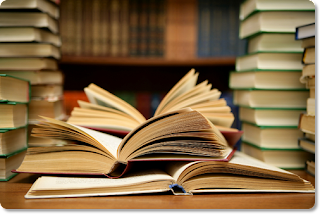 My first introduction to literary gaming was several years ago. We were anticipating the release of Lord of the Rings and Marty decided we needed to read the books. After the movie was released Marty started playing the Lord of the Rings card game. He played it for years and started his monthly gaming group then. When he started playing the Game of Thrones card game he sent me to the library to get the book so he could read it and know about the story and characters. Well, Game of Thrones is 835 pages long. That looked like an eternity to Marty. It looked like a nice weekend to me. So, of course, I read it and loved it. And I filled Marty in on all the info. While I never played the Game of Thrones card game I did like looking at the art and the artists interpretation of the characters. I also thought it was pretty cool that a game was based on a book.

My favorite games based on literature are the Lovecraftian games. Arkham Horror, Mansions of Madness, Elder Sign, and soon to be released Eldrage Horror (can’t wait!) are based on the writings of H.P. Lovecraft. A whole world has been created around his works. The setting and characters are the same across the games. I am hoping we play Arkham at our Halloween party!

For fun I goggled games based on literature and was surprised to find a lot of games. Some of the ones I found are; Around the World in 80 days, Hamlet, Nemo’s War (Jules Vern’s Nemo, not Disney’s 🙂 ), The Road to Canterbury, several games based on Beowulf, and how about Pride and Prejudice! These are just a few games that I found published in the 2000’s. There were several more from the disco 70’s and new wave 80’s! Games like Dune, The Company War, Darkover, Dragonriders of Pern, and the Forever War are just a few. Game covers have developed over time!

Listen up middle and high school English/Literature teachers, you have instant lessons that will capture student’s attention and stimulate writing! Students could write different scenarios or create a game from a book they are studying in class. Or these games may stimulate an interest in anyone for literature! Between historical yesterday and literary today, good grades are in the bag!