When I think of science fiction and gaming I automatically think of Star Wars and Star Trek. This is strange because I know sci-fi is so much more. I have always enjoyed reading science fiction. A sci-fi world easily translates to games. Still, as I write the Star Wars theme is playing in my head with an occasional whooooop whooooop of a light saber with “Beam me up Scottie” in the background!  While trying think of a definition for Science Fiction I thought I would just look up the definition. Oh boy, there some deep definitions and discussions on science fiction! I am just going to use a general definition, science fiction is fiction based on imagined future science or technological advances and major social or environmental changes, frequently portraying space or time travel and life on other planets. We will use that definition to talk about some sci-fi games you may like. 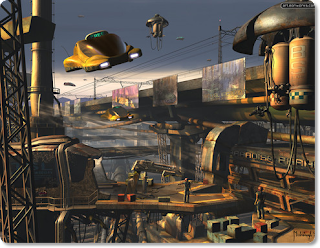 Science fiction is a widely popular theme not only in gaming but in pop culture in general. Star Trek and Star Wars are huge franchises and have a large following. There are several Star Wars themed games. There are also games which are just sci-fi and space oriented. I realize as I am writing that we haven’t played many sci-fi games. I had to rely on Boardgame.com to help me out!

Deck Building – Eminent Domain…I have played this and I like it a LOT!

Role Playing – Warhammer40k, Star Wars: Age of the Empire…we played this at a gaming convention. I       liked it because it had special dice.

I think my family needs to check out some science fiction games! Check out some of these games! Live long and prosper!